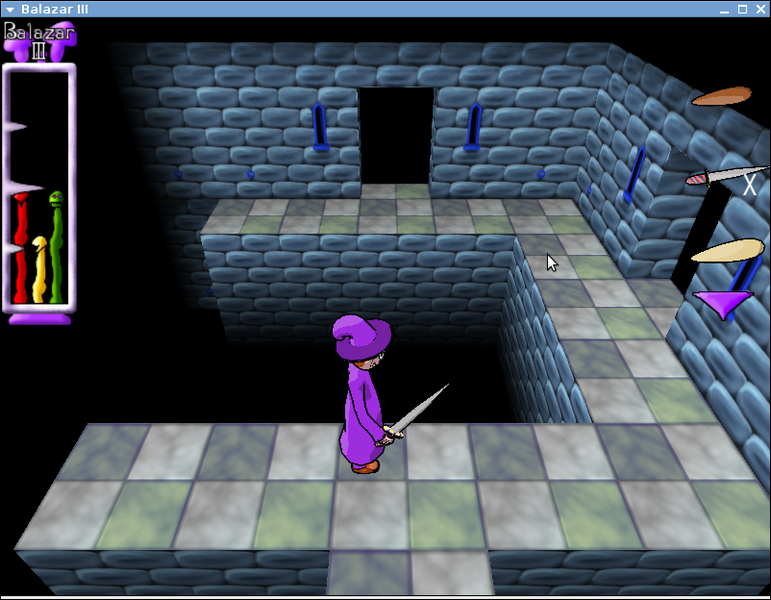 the game comes in two versions (which are network-compatible):
- 3d version destined to computer gamers. the 3d version is
graphically more beautiful, as it takes avantages of the nice
cellshading algorithms of the soya 3d engine.
- 2d version, currently supporting 640x480 and 800x480 resolutions.
it has been designed mainly for hand-held devices (sharp zaurus,
nokia n810, openmoko freerunner, asus eee pc, and the like),
although it can be used on computer too. this version has been
highly optimized so as it can be run in 640x480 on a zaurus c1000
(416 mhz arm processor without graphics accelerators).
this package provides the 3d version.

Want to start, but how?

Don't even know how to start this game. Nothing in the menu.