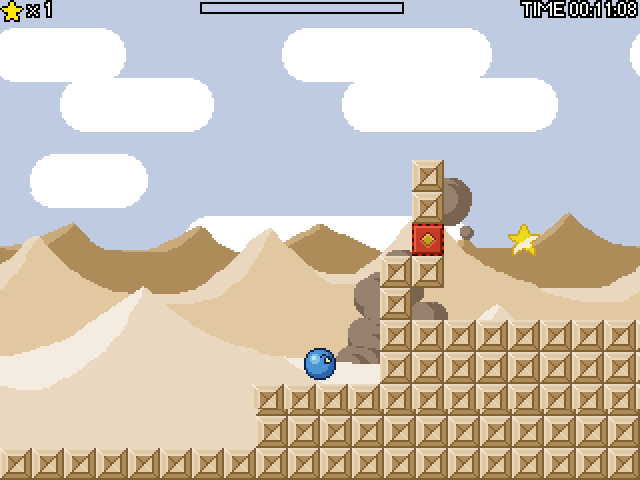 The game is a platformer with some puzzle elements. You take control of a ball which is genetically modified by the British secret service. Your mission is to rescue captured British soldiers from a prison in Iran.

The game was written in 72 hours for the TINS competition, a competition similar to Speedhack. The name TINS is an recursive acronym for 'TINS is not Speedhack'.

Great game! I've spent a couple of sleeples nights because of it :) If you're a fan of arcade games, then you have to play this game :)