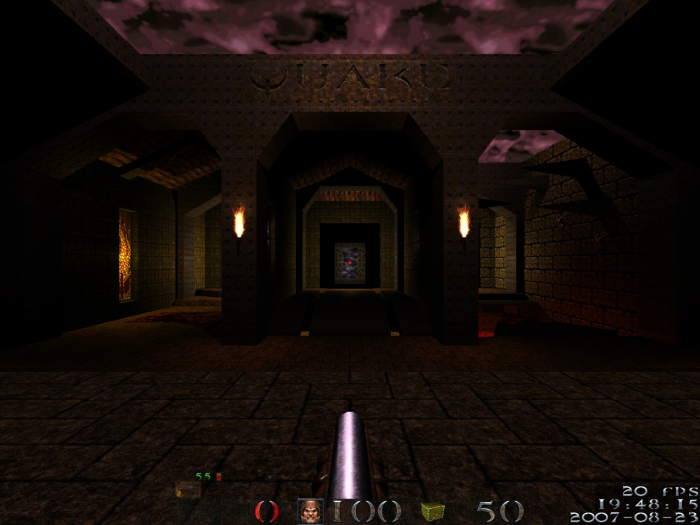 DarkPlaces is a graphically-intensive engine for Quake and related games, with improved visual effects and lighting and many features for mods. It can be used to play various games based on the Quake engine, such as Xonotic, Nexuiz Classic, OpenQuartz, and Quake itself.

This is the client version of the engine, with a SDL GUI. It requires a graphics driver supporting at least OpenGL 3.2 or OpenGL ES 2.0.

This engine isn't useful without game data: to get a playable game, install nexuiz or another suitable set of game data. It is typically used via a script that launches it with a particular data set, such as the ones found in the "quake" and "nexuiz" packages.