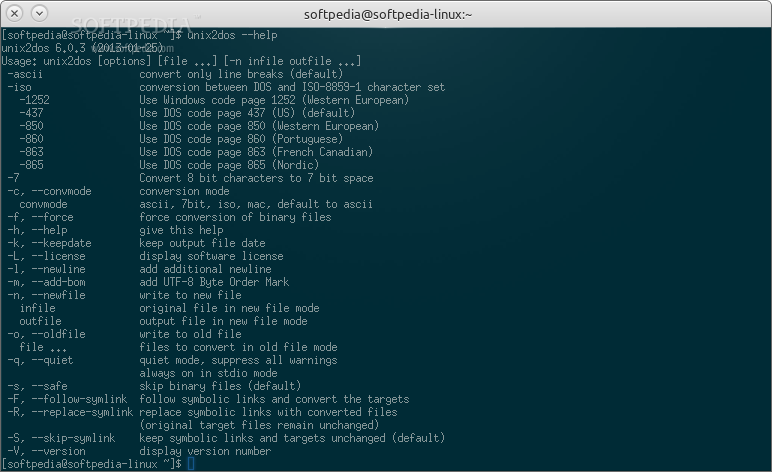 Text files under Windows and DOS typically have two ASCII characters at the end of each line: CR (carriage return) followed by LF (line feed). Older Macs used just CR, while UNIX uses just LF. While most modern editors can read all these formats, there may still be a need to convert files between them.

This is the classic utility developed in 1989.

Works a treat! A must-have program if you are working with DOS ANSI/ASCII BBS files in Linux.