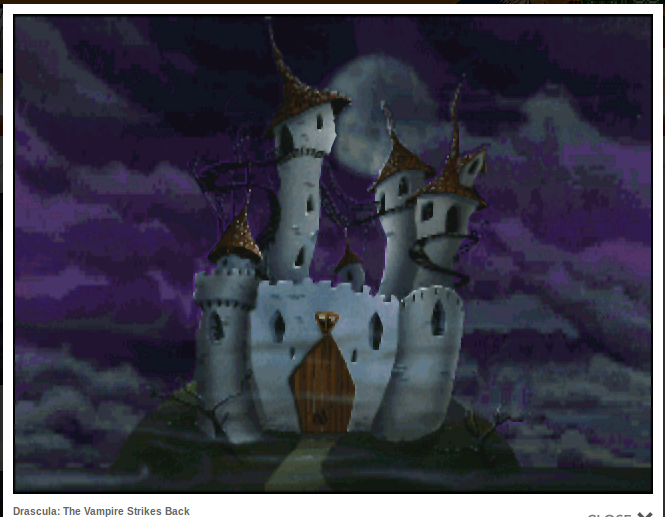 Drascula: The Vampire Strikes Back is a classic humorous 2D point and click adventure game, first released by Alcachofa Soft S.L. in 1996.

In Drascula you play the role of John Hacker, a British estate agent, that gets to meet a gorgeous blond girl who is kidnapped by the notorious vampire Count Drascula and embark on a fun yet dangerous quest to rescue her.

Unfortunately Hacker is not aware of Drascula's real ambitions:

DOMINATING the World and demonstrating that he is even more evil than his brother Vlad.

This is the English version of Drascula: The Vampire Strikes Back. It also features voice output and subtitles.

Please install the drascula-music package to enjoy the background music of the game. There are furthermore additional language packages available with subtitles in Spanish, German, French and Italian.

Note that this package only contains game-data. The game engine is provided by ScummVM.

There is no easy way to fix the error in the dat file version, it needs version 5 it founds version 4 . I wasn't able to find the correct file in scumMVM site.