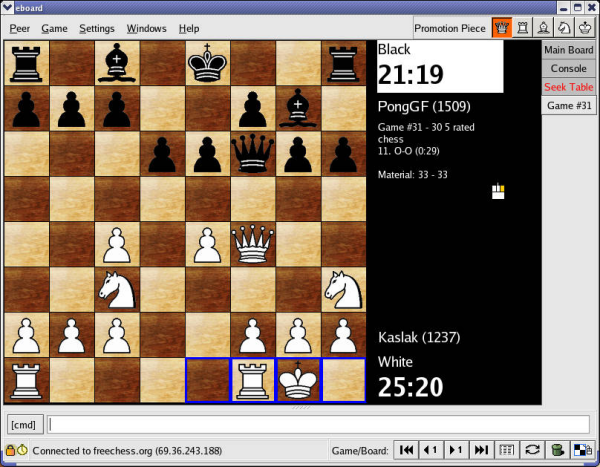 Eboard is a graphical chess program which can function as an interface to Internet chess servers such as FICS and to chess engines such as Crafty.

eboard has a themeable and freely resizable board, a tabbed or multi-window display, and supports multiple simultaneous boards.

This package contains a chess interface, which means that you can play against another human on the same computer, or play on an Internet server. If you would like to play against a computer, you should install a chess engine such as gnuchess in addition.

Best FICS client for those who play

This is definetly the ultimate way for linux users to play on-line chess. get it!