Powerful clone of the vi/ex text editor (with x11 support) 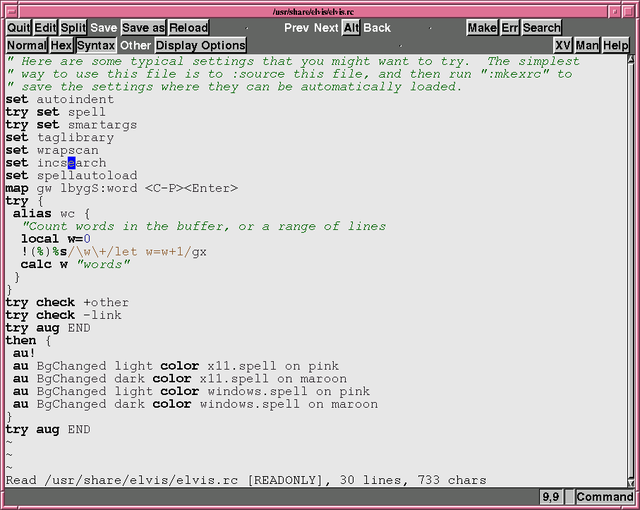 This package contains elvis compiled with support for x11, xft and background images. if you don't need the x11 interface, install elvis-console instead. see also: elvis-tools

like vi/ex, elvis stores most of the text in a temporary file, instead of ram. this allows it to edit files that are too large to fit in a single process' data space. also, the edit buffer can survive a power failure or crash.

Very good tool. But not made for me.