war game of the century 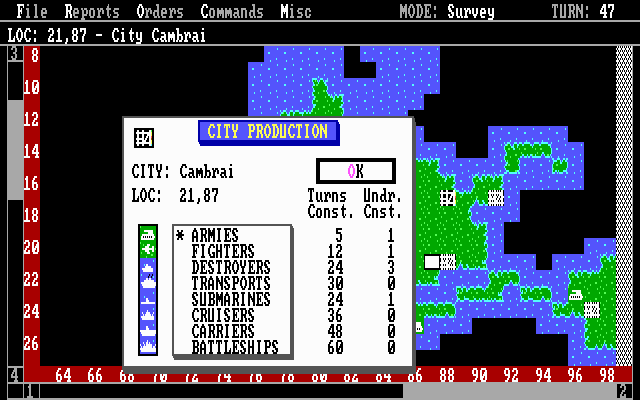 Empire is a console game simulation of a full-scale war between two emperors, the computer and you. Naturally, there is only room for one, so the object of the game is to destroy the other.

The world on which the game takes place is a square rectangle containing cities, land and water. Cities are used to build armies, planes, and ships which can move across the world destroying enemy pieces, exploring, and capturing more cities.

The classic game from the 1980s uses text mode graphical output, drawing your units, cities and the world in color. Commands are issued using the keyboard.

This is the first top-down tactical game from which Starcraft and others like it spawned. It's fun, and straight forward.

OK, so i'm old-school, but this is _still_ a fun game with great re-play value.