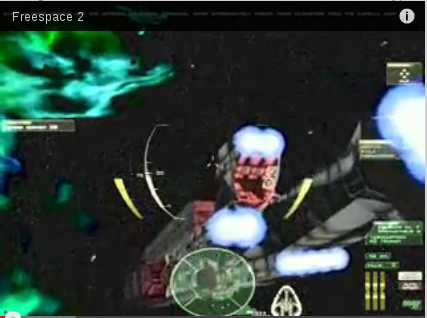 FreeSpace is a series of space combat simulation games developed by Volition, Inc. and published by Interplay Entertainment. The games take place in the 24th century. Mankind, referred to as Terrans, has developed means for space traveling, further fueled by the discovery of subspace which makes interstellar travel not only possible but also fast and easy. As a result the Terrans have expanded their territory, eventually encountering another bipedal, sentient species; the Vasudans. However, due to cultural differences and difficulties in communicating with each other, the Galactic Terran Alliance (GTA) and the Parliamentary Vasudan Empire (PVE) end up fighting a war that lasts for 14 years.

Original game files from CD are needed to play this game.