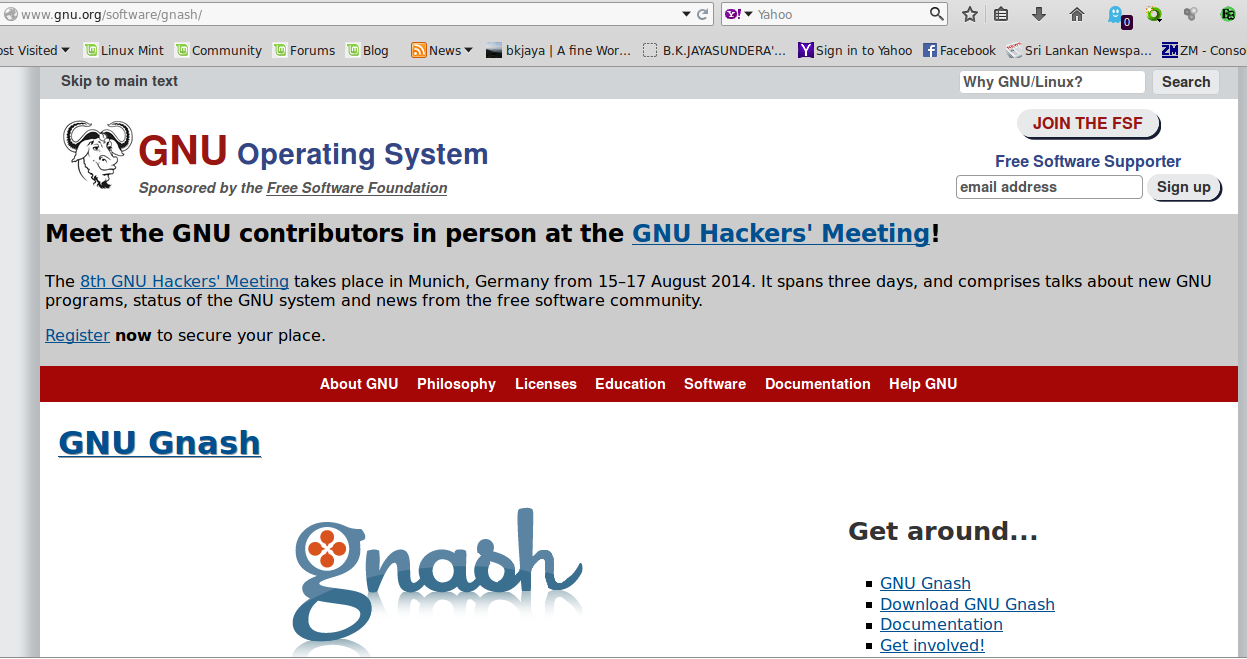 GNU Gnash is a free GPL'd SWF player. It runs as a standalone application on either the desktop or embedded devices, or may be used as a plugin for several popular browsers. It supports playing media from a disk or streaming over a network connection.

GNU Gnash is based on GameSWF and supports most SWF v7 features and some SWF v8 and v9. SWF v10 is not supported by GNU Gnash.

Included in the Gnash is an XML based messaging system, as specified in the SWF specification. This lets a SWF animation communicate over a TCP/IP socket, and parse the incoming XML message. This lets an animation be a remote control for other devices or applications.

This package includes the standalone GTK+-based player that use AGG as the rendering backend.

Will not play Corruption of Champions. It just stays on a black screen and no matter what I press it won't let me play the game. It's the only reason I would want a SWF player.

Works for a while, then starts to act up, then freezes, SWFOpener works better for me

Youtube works even better than with Adobe's plugin, as videos don't play until you tell them to. However, some ShockWave Flash animations and games will be broken, as to be expected

It doesn't work on my firefox version 36

It is very useful software. SWF files created by KidPix are played properly.

it works but not correctly

A lot of flash works with this, also I'm on PPC so it's all I can ask for.

Need it for your swf viewing.

Can be really helpful if adobe flash is by a bug. Sure it's nowhere near a replacement for it, but actually quite satisfying. Pair it with Minitube for a fuller experience.