Organize photos on your ipod, freely! 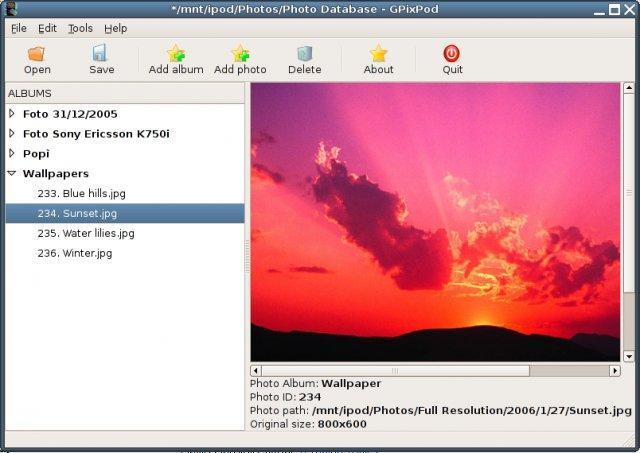 it is at the moment the free, open source and cross-platform alternative to itunes for uploading photos on your ipod. its approach to modify manually the elements in the photo database of your ipod could be also more useful than the syncing-only method of itunes.

for the gnu/linux user, it is the perfect complement of gtkpod and similar programs (such as rhythmbox, banshee) which organize music and videos. in fact, managing photos was the only feature of my ipod that i was not able to use from my gnu/linux box: thus i decided to write my own application, following the great documentation about the formats of the files on the ipod found on the ipodlinux.org portal.

nothing could have been done without the great effort in documenting done on that wiki. special thanks go to henryk plotz, for its original concept code.

Said my ipod did not have a color screen and did not support photos. Wrong on both counts.

I love this app!