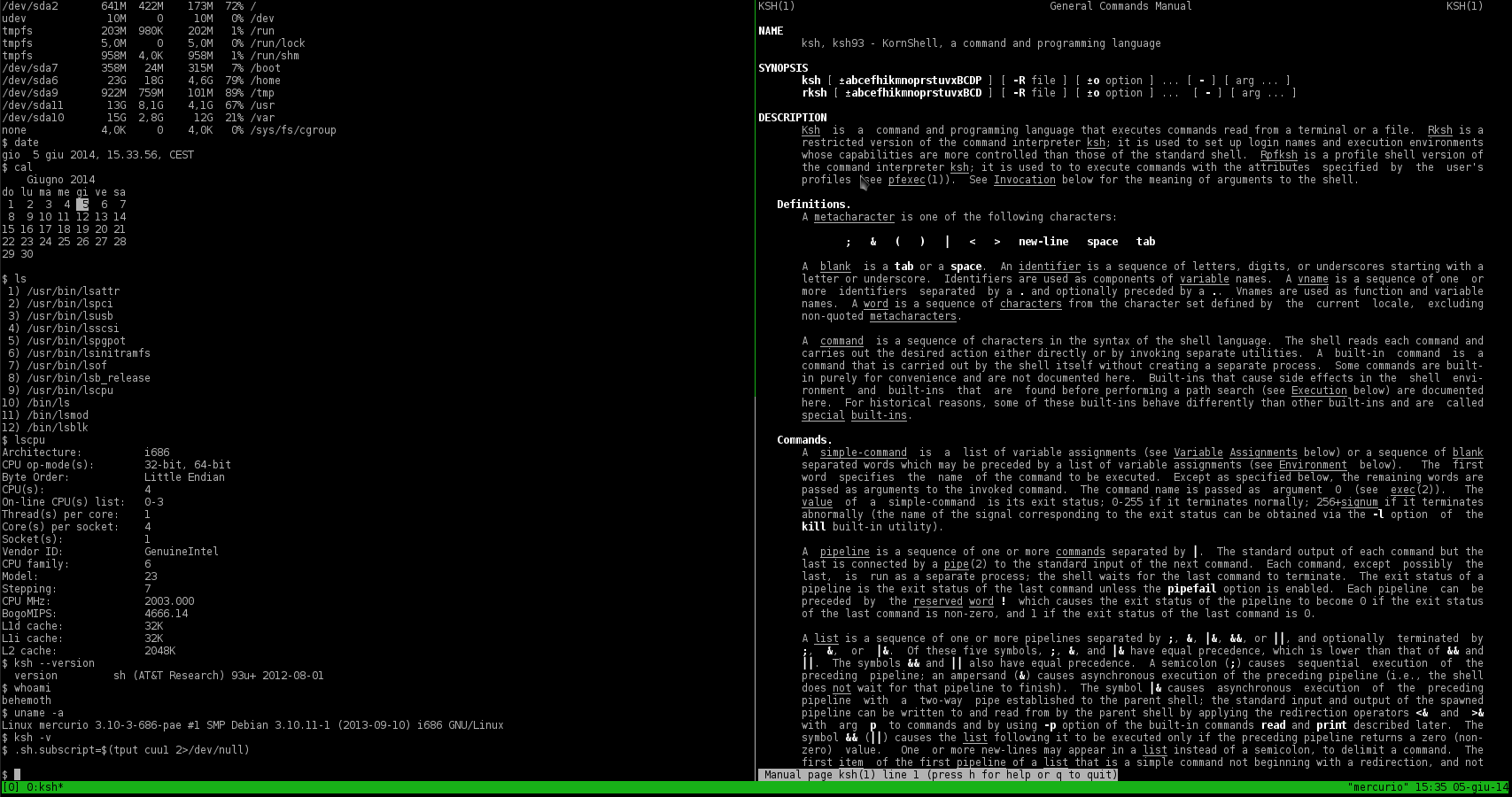 Ksh is a UNIX command interpreter (shell) that is intended for both interactive and shell script use. Its command language is a superset of the sh(1) shell language.

The 1993 version adds a number of new, mostly scripting related, features over the 1988 version that is typically distributed with commercial UNIX variants. For example, it has lexical scoping, compound variables, associative arrays, named references and floating point math.

The shcomp tool can be used to compile ksh scripts into a binary format.

If you are into shell programming you might be interested, This is the so called ksh shell

Thank you for including the real thing into the default installation. Running LDME Mate and loving it.