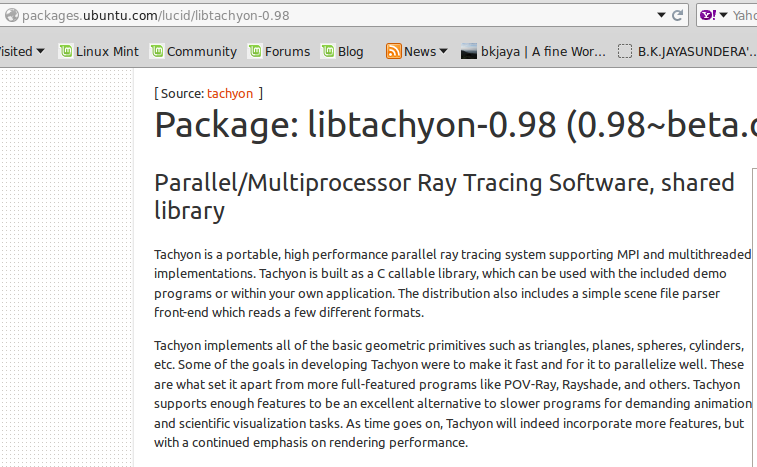 Tachyon is a portable, high performance parallel ray tracing system supporting mpi and multithreaded implementations. tachyon is built as a c callable library, which can be used with the included demo programs or within your own application. the distribution also includes a simple scene file parser front-end which reads a few different formats.

tachyon implements all of the basic geometric primitives such as triangles, planes, spheres, cylinders, etc. some of the goals in developing tachyon were to make it fast and for it to parallelize well. these are what set it apart from more full-featured programs like pov-ray, rayshade, and others. tachyon supports enough features to be an excellent alternative to slower programs for demanding animation and scientific visualization tasks. as time goes on, tachyon will indeed incorporate more features, but with a continued emphasis on rendering performance.