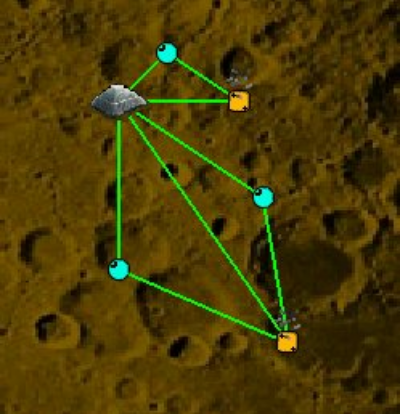 You have to build and maintain a steam distribution network on an alien planet, while under attack from aliens and other hazards. The game has three difficulty levels, an interactive tutorial, and a scoring system.

"20.000 Light Years Into Space" is written in Python using pygame. It was rewarded with the second place in the Pyweek March 2006 Individual Entries category.

try this if you want to waste your time.

Very Boring, ok if you like arcade style rts's

Good game. Could use a bit more variety.

It's fun but, I wish the developer add more depth. The concept is good.