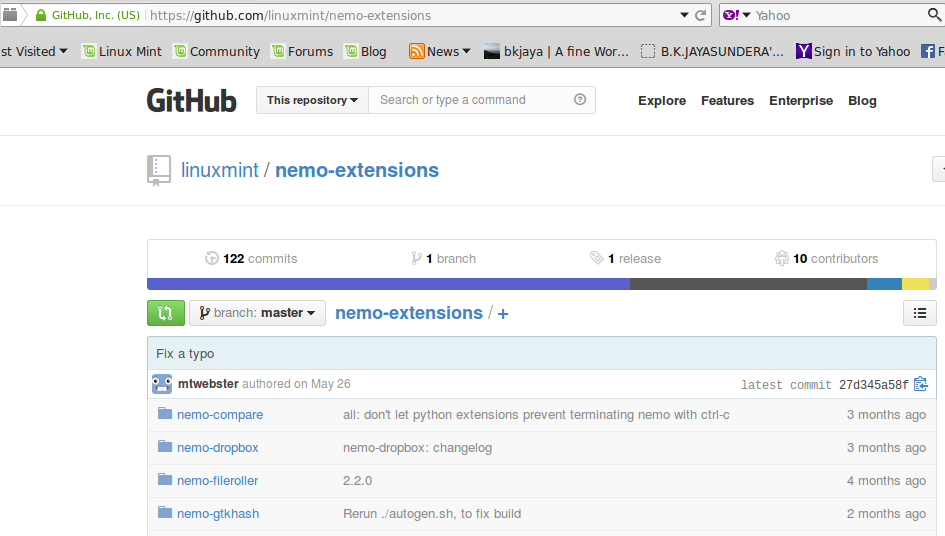 RabbitVCS is a set of graphical tools written to provide simple and straightforward access to the version control systems SVN (Subversion) and Git. This is the extension for the Nemo file manager (v1.1.2 or greater).

Excellent tool. Works well with mint18 sarah and integrates into nemo and Double Commander perfectly. SVN feels again as tortoise, thanks for that!!

I actually liked it with Mint 17 - It isn't working as far as I can see with Sarah. I may try later. For now, need to bid farewell.

Whether it is the Nemo extensions or RabbitVCS itself that is the problem I don't know but don't waste your time with this. It has a number of shortcomings, but the most dangerous for a version control system is that It often indicate the incorrect status of a directory or file. I have wasted hours trying to get it to work properly, and searched the web in vain looking for a solution. I always used Subversion from the command line, but after having to work on Windows system for a few months that had TortoiseSVN installed I developed an appreciation for TortoiseSVN so I looked for a Linux equivalent. Unfortunately RabbitVCS is only an extremely poor imitator.

Thank you very much for this! Now I am one step closer to stay with Mint.

Amazing! Thanks for this extension for Nemo! Feels like tortoise!