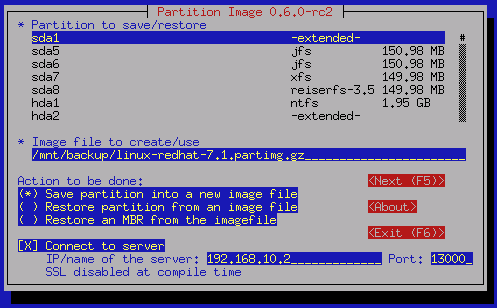 This makes it possible to save a full Linux/Windows system with a single operation. In case of a problem (virus, crash, error, etc.), you just have to restore, and after several minutes, your entire system is restored (boot, files, etc.), and fully working.

This is very useful when installing the same software on many machines: just install one of them, create an image, and restore the image on all other machines.

This is almost what I need. I would install it, but it doesn’t support ext4, the NEW standard.

Does not works with a Truecrypt/NTFS encrypted or compressed partitions.

It is one nice software of backup! (Melhor software de backup de hd)

Does this Support Ext4? Which is what Mint and Ubuntu use.