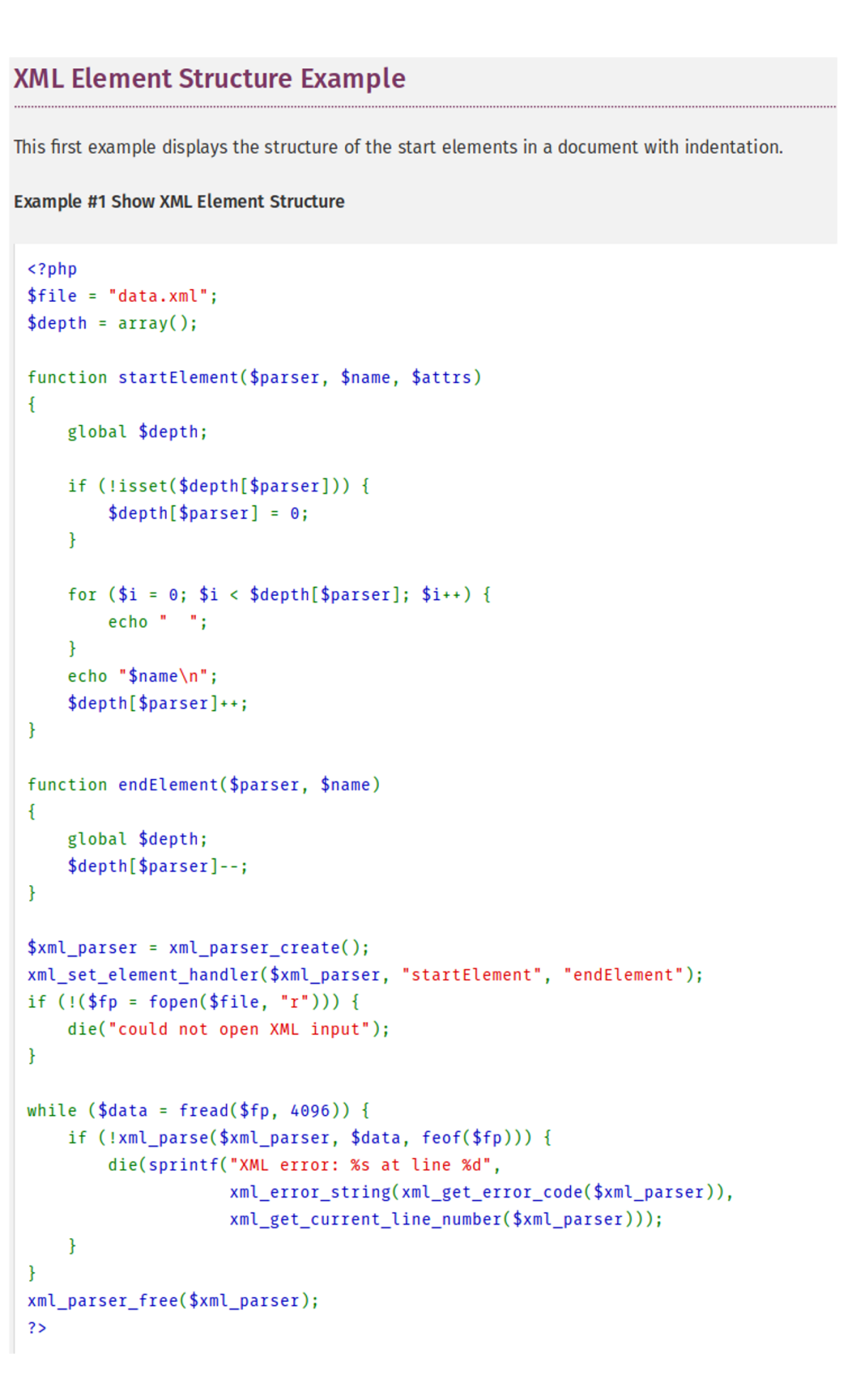 This is an XML parser based on PHPs built-in xml extension. It supports two basic modes of operation: "func" and "event". In "func" mode, it will look for a function named after each element (xmltag_ELEMENT for start tags and xmltag_ELEMENT_ for end tags), and in "event" mode it uses a set of generic callbacks.

Since version 1.2.0 there's a new XML_Parser_Simple class that makes parsing of most XML documents easier, by automatically providing a stack for the elements. Furthermore its now possible to split the parser from the handler object, so you do not have to extend XML_Parser anymore in order to parse a document with it.

Essential if parsing xml in your php script