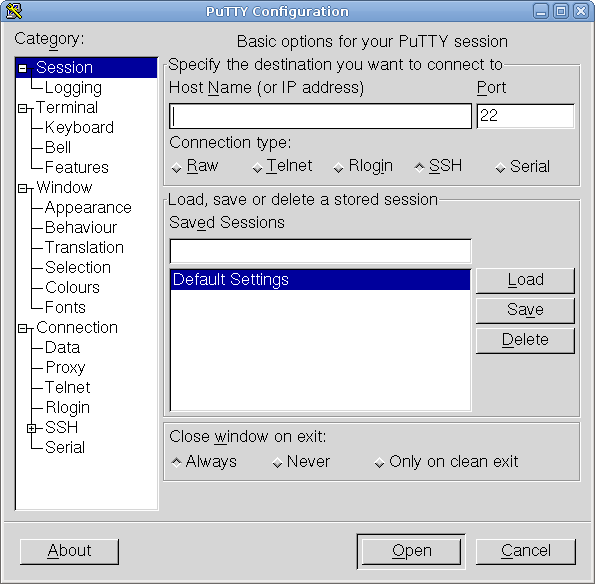 This package provides several command-line tools from the PuTTY suite that allow various kinds of secure interaction with remote systems.

Plink (PuTTY Link) connects to a remote system via SSH, Telnet, or rlogin, and either starts an interactive session or runs a batch process. It supports the usual SSH features like port forwarding, X11 forwarding, SOCKS, and compression.

PSFTP (PuTTY SFTP client) transfers files securely between systems using the SSH file transfer protocol, which is specific to SSH protocol 2. In interactive mode its interface is much like the traditional Unix FTP client, although it can also operate in batch mode.

PuTTYgen generates SSH public and private key pairs in any of a number of formats, including those usable by PuTTY, OpenSSH, and ssh.com.

psusan (pseudo-SSH for untappable, separately authenticated networks) is a server program that behaves like the innermost "connection" layer of an SSH session, without the two outer security layers of encryption and authentication. It can be used to add SSH-like amenities to channels where you were already prepared to run a bare shell session.

Must have for FireFTP users of Firefox.