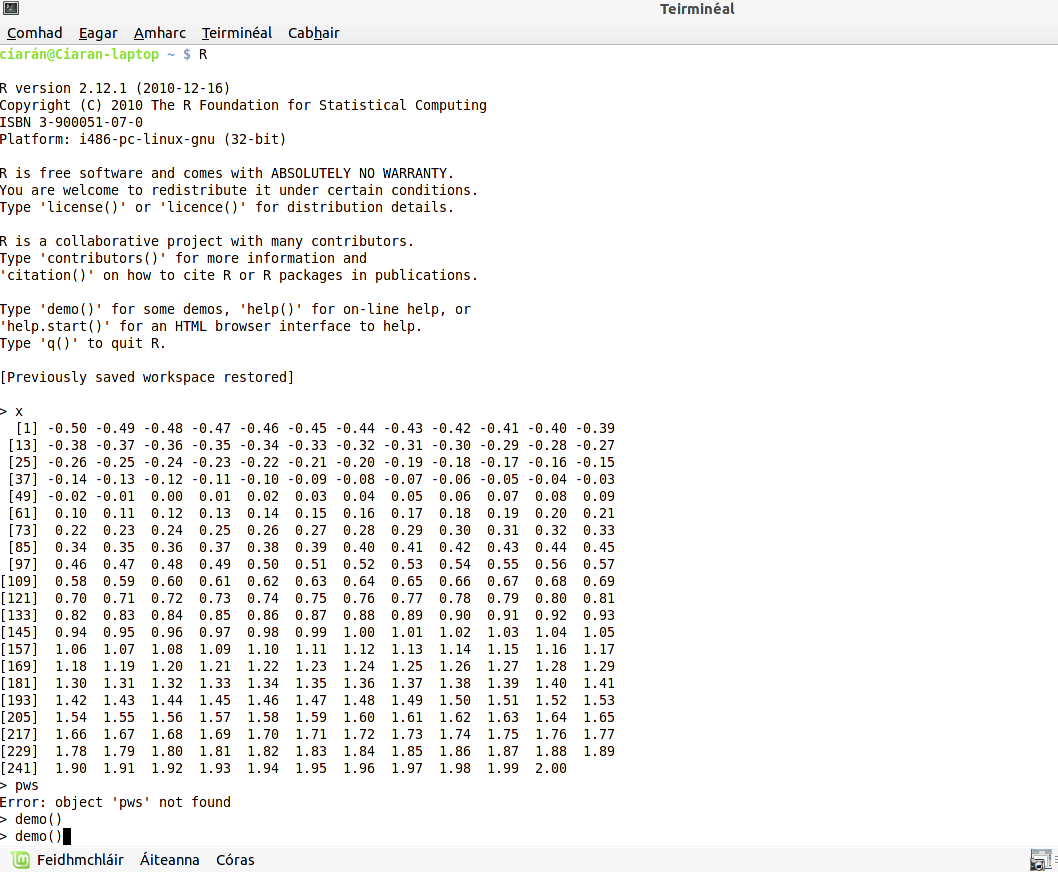 R is a system for statistical computation and graphics. It consists of a language plus a run-time environment with graphics, a debugger, access to certain system functions, and the ability to run programs stored in script files.

The design of R has been heavily influenced by two existing languages: Becker, Chambers & Wilks' S and Sussman's Scheme. Whereas the resulting language is very similar in appearance to S, the underlying implementation and semantics are derived from Scheme.

The core of R is an interpreted computer language which allows branching and looping as well as modular programming using functions. Most of the user-visible functions in R are written in R. It is possible for the user to interface to procedures written in the C, C++, or FORTRAN languages for efficiency, and many of R's core functions do so. The R distribution contains functionality for a large number of statistical procedures and underlying applied math computations. There is also a large set of functions which provide a flexible graphical environment for creating various kinds of data presentations.

Hi, experienced R-User here, the most up-to-date R version is the 4.2.2. Any prediction for the more update R-Core binnaries here? Thanks.

for a GUI, search web for RStudio and download the debian package

Easy language, and a counter to the SAS monster

I study molecular genetics, and this has been a great tool

Simply excellent! It is too good to ignore, if you need to perform numerical computations.

A statistics program that can do much much more, it is similar to the S language and environment which was developed at Bell Laboratories.