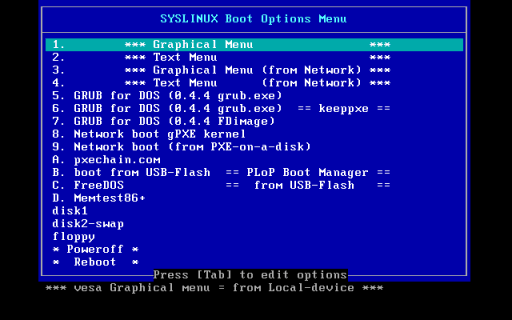 SYSLINUX is a boot loader for the Linux/i386 operating system which operates off an MS-DOS/Windows FAT filesystem. It is intended to simplify first-time installation of Linux, and for creation of rescue and other special-purpose boot disks.

It can also be used as a PXE bootloader during network boots.

SYSLINUX is probably not suitable as a general purpose boot loader. However, SYSLINUX has shown itself to be quite useful in a number of special-purpose applications.