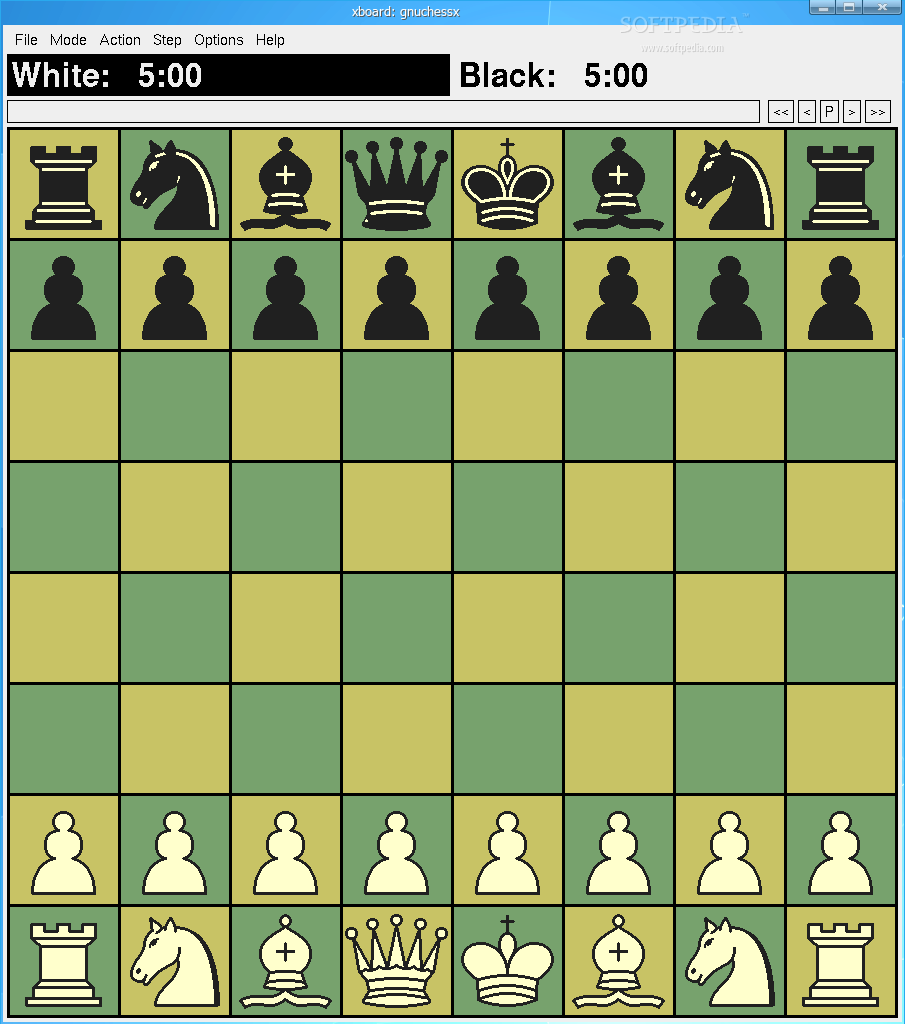 XBoard is a graphical chessboard that can serve as a user interface for chess programs, for the Internet Chess Server, or for electronic mail correspondence chess. It supports all major forms of chess, such as international chess, xiangqi and shogi. XBoard can also be used by itself as viewer for stored chess games.

XBoard uses the Helvetica font (located in the xfonts-75dpi and xfonts-100dpi packages) by default. However, other fonts can be specified via a command line option or an X resource.

I use xboard + stockfish (and polyglot), a great combination. In my opinion, In the chess world, computing power is more important than graphics. xboard -fUCI -fcp stockfish -sUCI -scp stockfish

On Linux Mint Sarah it's doesnt work, at least for me.

old fashioned. Especially the usage with internet chess server would need some improvements when it still needs cli action ... but still the best cause of conigurability and usability!

Even though the graphics have no frills this is the best way to play chess over the internet. cool!

For now, simply the best vehicle for analysing, inporting, ics-ing in Linux. Eventhough it needs some improvements, it provides good support. It is highly recommended for anyone that wants to have better control of his chess game in Linux.

much better then chess titans in windows 7

very good programming. No frills. Graphics could be improved