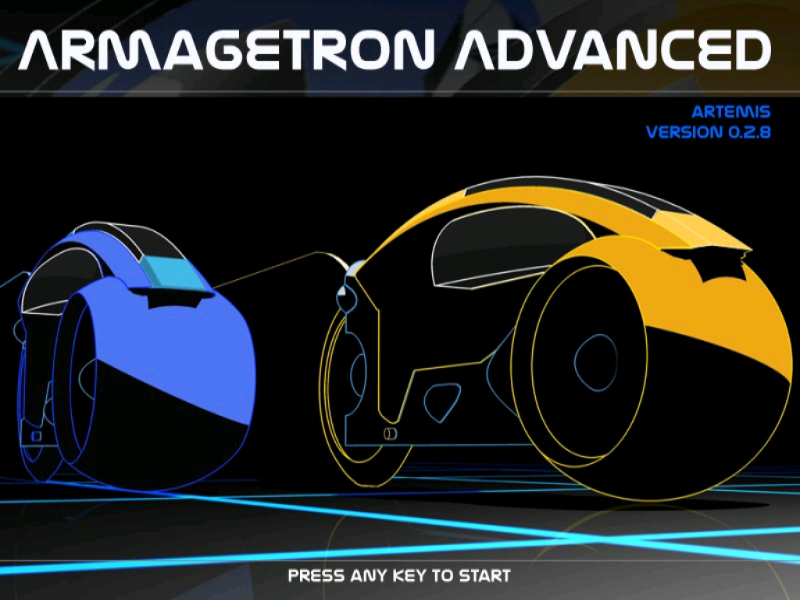 The rules are simple: you ride a light cycle (a kind of motorbike that can only turn 90 degrees at a time, leaves a wall behind and cannot be stopped) and have to avoid running into walls while at the same time you have to try to get your opponent to run into them.

The idea is based on the Disney movie from 1982 called "Tron". If you ever wanted to take a try at one of those speed demons features in the movie, this is your chance.

Armagetron Advanced can be played against AI opponents, against other humans over the network, or a mixture of both.

This game is AWESOME, simple, satisfying and so nestalgic AF!!! I played a few rounds already and love it. Do you guys do any other games? TRON is da $h!7...

I love the game besides movie. :)

Super fun.. My favorite racing game. It runs smooth nearly on every machine I have, even the old ones.. Great game..

Forgot how fast it was! Great game.

It's very addicting and challenging. The community is (generally) friendly and open to chatting. There's definitely a learning curve, though. Practice makes perfect.

An incredibly fun arcade-style game. It runs quickly and smoothly.

My favorite game on Linux I <3 Tron!

One of my favorite open source games.

Excellent game with a great community.

It runs well on old PCs.