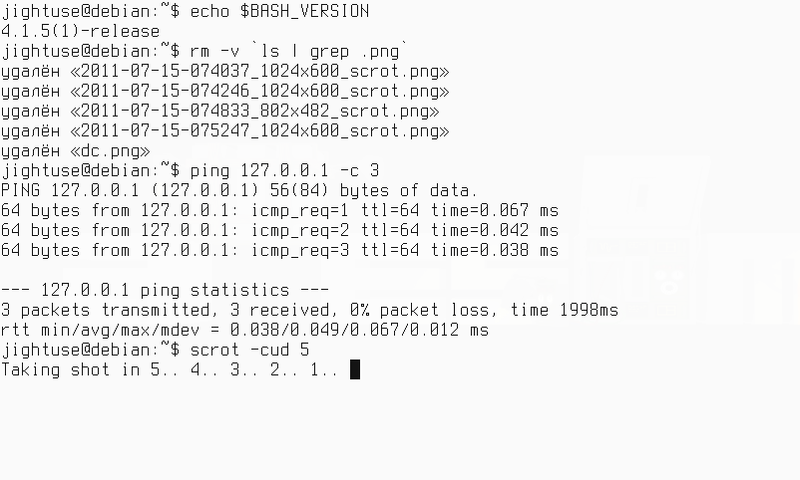 Bash is an sh-compatible command language interpreter that executes commands read from the standard input or from a file. Bash also incorporates useful features from the Korn and C shells (ksh and csh).

Bash is ultimately intended to be a conformant implementation of the IEEE POSIX Shell and Tools specification (IEEE Working Group 1003.2).

The Programmable Completion Code, by Ian Macdonald, is now found in the bash-completion package.

mighty and the most used shell because it is the most used shell ;-) if you are not depending on the 'feature' it's already everywhere installed (even OSX) have a look to zsh. before you start working on it read bash pitfalls- it will save you plenty of time and feelings of torture ;-)

My most favourite shell

The update for the bash bug is not coming down the line for petra do I need to upgrade to Qiana?

Good, but i prefer zsh

Like it said Awesome. I started off on UNix then moved to SUSE 6.1 and moved up to SUSE Professional 8.2 (prior to the take-over by Novell). In all that time I used mostly text commands. But when I switched to Ubuntu 6.6 it was fun to use the mouse too though Bash was quicker (like Liquor) ;)!

I work a lot on the command line, and BASH is my favourite shell