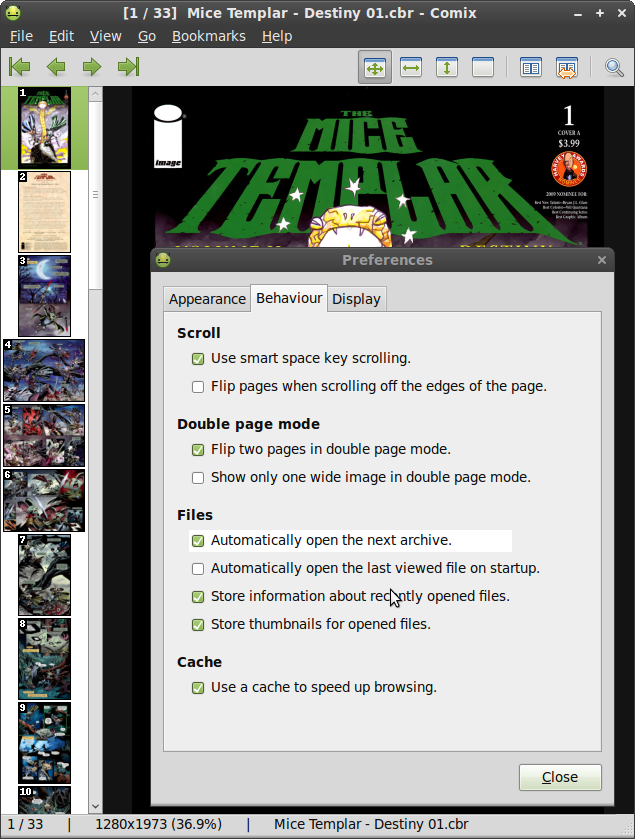 Comix is a comic book viewer. It reads zip, rar, tar, tar.gz and tar.bz2 archives (often called .cbz, .cbr and .cbt) as well as normal image files. It is written in Python and has a simple user interface using PyGTK.

Outdated! Mcomix is a fork of this one, similar but way better with regular updates. ;)

I love this, it is absolutely the best for reading all my comic archives

Very nice, it handled everything without any problems and it is user friendly too.

Very good comic reader. not to many options.

Amazing piece of software! Good for regular image browsing in addition to comics. If it had more customizable controls, it'd be perfect.

Was looking for a soft like that, it's perfect !!

Very intuitive to use.

Very good comic reader with good viewing and scaling options. My only problem is with the library performance as it seems rough around the edges.

Nice little app that "works as advertised". Does have some annoying quirks though.

Good reader, but after seeing ComicRack the library is very disappointing