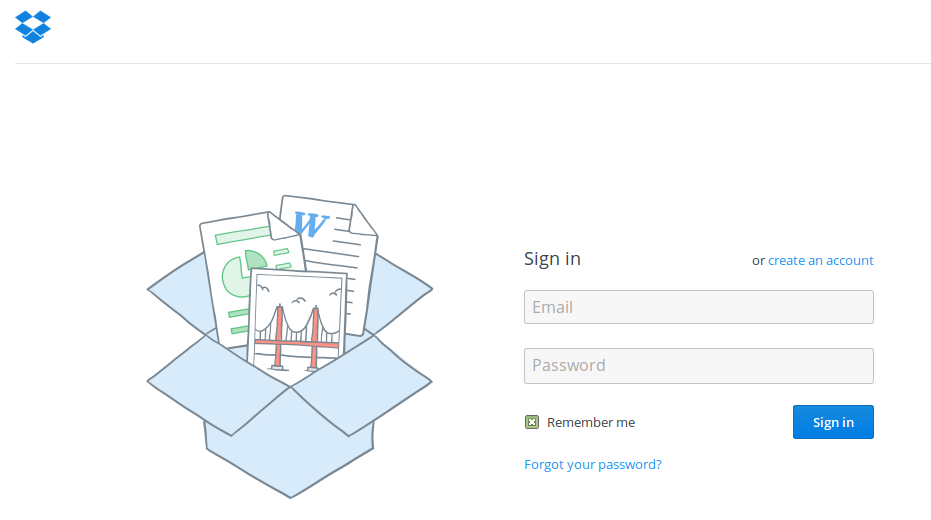 Dropbox is a free service that lets you bring your photos, docs, and videos anywhere and share them easily.

This package provides a command-line tool and a Nautilus extension that integrates the Dropbox web service with your GNOME Desktop.

The good: updates files with data compression, and only transfers those 4MB blocks that have been changed. Less good: chooses to update itself (~100MB a go) and won't be discouraged. Just now, installation on Mint 21 has been difficult. Via the Software Manager entry, three times the download attained ~90% and then the cpus went busy while memory and swap space was filled steadily until linux killed the process. Separately installing the requested puthon3-gpg stopped the complaint about being unable to verify the package, but, still a crash. Via https://www.dropbox.com/install were two commands for a "headless install" via the command line, and, this worked (yet another download), leading to a sign-in request through Firefox, and all was well thereafter.

If using Linux, do not use this fancy GUI cloud storage. They stopped to support free service and let you get trouble with this app.

I don't understand, why people like google drive, because I have very bad experience with it. Google drive looks like an indie project in comparing with Dropbox. Dropbox is expensive, but until you notice that other drives has the same cost of that storage capacity and they are not giving you the same quality of working with the files. In my opinion, Dropbox is better than other storages' because of stability working with files and a number of individual features in it.

It works very well and integrates well with the desktop. It syncs fast, but for free the amount of space available in the cloud is minimal. It is very tempting to have all your files in sync. But for it to work, the installation of the proprietary daemon is essential. Also, as already mentioned before, it cannot read local files from partitions that are encrypted.

Taking that amount of money unannounced and on short notice at a time when it's needed for more pressing family maters is UNETHICAL! Their refund policy is nonexistent, but their customer service it tops for the WORST EVER...Free version is skimpy on storage, WAY TOO MUCH MONEY!! Do yourself a faver and pass this one up

Too much of a pain for way too little free storage. Constants nags to upsell to paid. Annoying process to empty, verify files deleted and close account.

I've been using it for several years and recommended it to friends and relatives. I gradually reached a free store limit of 16.5 GB, which is more than enough for me, because I use ext. SSDs for backing up big files. Installation was very smooth in both Mint Cinnamon and Mate. They recently limited free users to three devices. I especially like the possibility of falling back to previous versions of the saved files (from the website). It works smoothly on Linux (I have presently two Mints and a Lubuntu installed) and regularly upgrades. I disagree from user Nyarlathotep: to my knowledge, Dropbox never ended support for Linux, they cut down Linux sync support to ext4 filesystems in 2018 but brought it back to ZFS, XFS, Btrfs And eCryptFS in July 2019. If the functionality of Dropbox for free users should still shrink, I'll have to move to another cloud or subscribe to a 2TB Dropbox plan, which is way too much for me. However, Google Drive is a very poor option for Linux users and it gives me the impression of getting trapped in the Google world of interconnected apps. User Darroch here promoted Mega and I had a look at it but I am not fully convinced -- Paypal severed its relationship with Mega in 2015, the founder of Mega is now warning users against it, some cloud "experts" such as cloudwards.net write that concerns about the survivability of Mega are "reasonable"; on a more technical side, incremental syncing is not supported by Mega and synced files have to be wholly uploaded whenever they are changed. The positive facts are: Mega fully supports Linux distributions and provides full encryption. However, they change quickly and unpredictably: their allotment of free storage shrank to 15 GB and, as a matter of fact, I could NOT find any free plan in their site. If I have to pay for a 2TB service (that I don't need) I'll go for Dropbox after all.

You have more free space with Google...

Opened up a terrible security hole in my system. Dropbox is set up, unfortunately, to allow itself to automatically update itself. This is basically a remote-code-execution backdoor for Dropbox to access my system. Preventing the automatic updates is more trouble than Dropbox is worth. Alternate projects like Syncthing offer the same functionality on resources I own. Have now fully migrated.

Does not work with drives formatted for LVM. So doesn't work on LVM or encrypted LVM drives. Utterly useless for those of us who use encryption.

Excellent backup system. Nice to have an install through Software Manager.

It only support Ext4. If you don't have Ext4 partition, you can't use dropbox like me :/

Was great until they accuse you of "Commercial Use" Even thought I did not use it commercially, once they have flagged you there is no return.

Just installed Dropbox (not Nautilus-dropbox) alongside Thunar-dropbox-plugin on Linux Mint 19 Xfce. Both working as expected. Expecially ICON in indicator panel does NOT have RED DIAGONAL line as happened previously

Dropbox is a must-have. There is a problem with it though:
it starts by itself on system startup very aggressively (it is very hard to prevent it from doing so, even on Linux).

But there are some workarounds, for example, I use Koofr – a very good cloud syncing application for handling your documents over several computers – and Koofr can integrate Dropbox, and I can download from Dropbox and upload to Dropbox without even installing the Dropbox app. Not to mention, that you can up/download stuff to/from Dropbox through your browser, too, when “sending” or “receiving” files from collaborator friends.