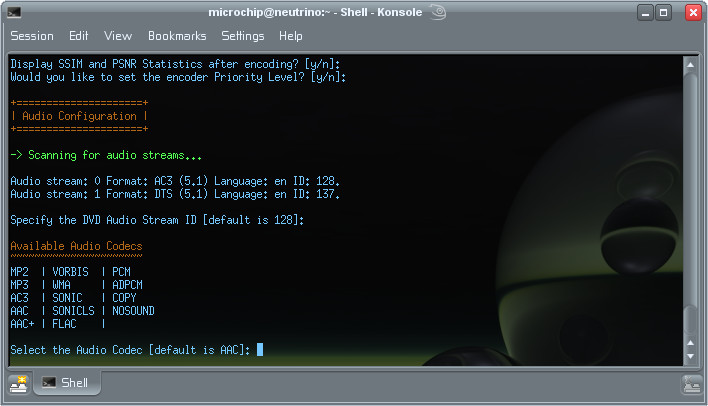 A shell script which makes it easy to encode DVDs or video files to the H.264/AVC/MPEG-4 Part 10 video format using MEncoder from the MPlayer project.

h264enc is written in a way to be useful for power users yet it is also very user friendly for people who are novices when it comes to video encoding. h264enc operates by asking questions to the user, collecting the input and passing it over to the encoder software. One of its unique features is the ability to use built-in video quality presets. This is especially useful to people who are just starting to encode video.