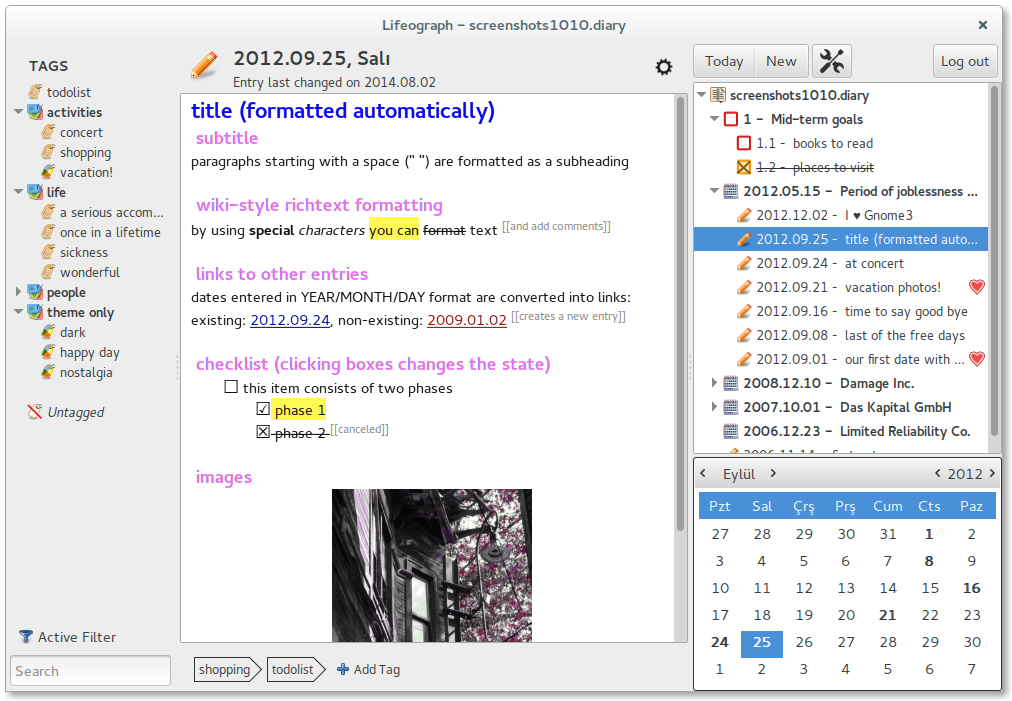 Lifeograph is an off-line and private journal and note taking application for one's self evaluation of his/her own life.

Even the lastest version 2.0.3 is terribly unintuitive and inconsistent. Sometimes there's a green Edit button, sometimes there's not. Sometimes you need to click the Edit button, sometimes you don't. When I first opened the program, I was unable to create new entries until I clicked Edit. Subsequently, I could make entries whether Edit was present or not, but I needed to click Edit to remove unwanted (accidental) entries. So many times I have tried to navigate the learning curve and then given up in frustration. Then a new version is released and I try again, only to find that it is still awkward and inconsistent.

Can not run the newly installed program. Any idea? Thanks. Linux Mint Mate 17.1 32-bit / My Score is not really to be taken for real.

Simple, flexible and useful. I use it daily. I just miss an authomatic birthdays reminder and adding alarms if you need. Then it would be complete.

I like its simplicity. Adding entries basically without all the frills. I like its tagging feature. It is just 'right' for keeping a diary easily and simply!

Very nice and easy to use. Should be translated in other languages (i.e. italian!) to be more personal.

It is simle, easy to use, secure and has nice features! Would'nt wanna miss it.

I like it. It's simple and does it's job to well cat. information.