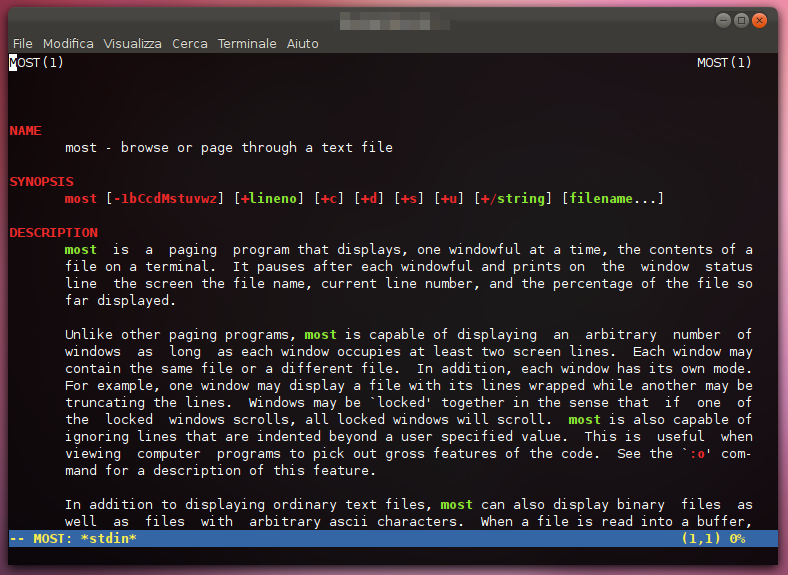 Most is a paging program that displays, one windowful at a time, the contents of a file on a terminal. A status line at the bottom of the screen displays the file name, the current line number and the percentage of the file so far displayed.

Unlike other paging programs, most is capable of displaying an arbitrary number of windows as long as they all fit on the screen, and different windows could be used to view the same file in different positions.

In addition to displaying ordinary text files, most can also display binary files as well as files with arbitrary ascii characters.