The mana world is a 2d mmorpg 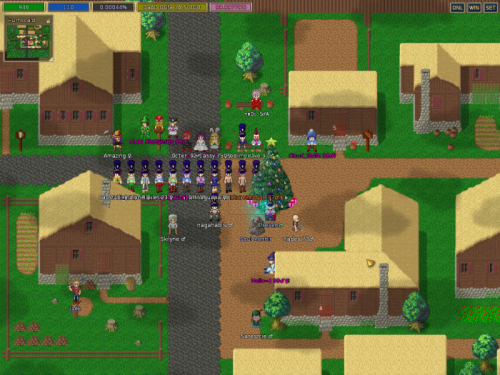 The mana world (tmw for short) is an innovative, free and open source mmorpg. besides the official game server, this client can connect to multiple community-grown servers, which provide varied environments and further challenge. in tmw, the players solve quests, fight monsters, practice skills and study magic. social activities include parties, trading and limited pvp in designated areas. while there are no limits to solo play, collaborative behaviour such as healing others, fighting together and banding up against tougher monsters are rewarded in the game. the mana world graphics have been inspired by 2d pixel art at its prime of the late 1990s, when many rpg classics, such as secret of mana for the super nintendo entertainment system, were released.

Deeper than one would think! Tons of quests, equipment, emotes, crafting. Some of the nicest fellow gamers I've ever encountered. Give it a try!

Easy smooth gameplay, carrying on that SNES tradition of beautiful sprite art. Getting to learn magic seems a to take a while at first, but the writing is good. An instant favourite.

I like it but am using mana+ but the game cool! go to the GY and lvl up :D