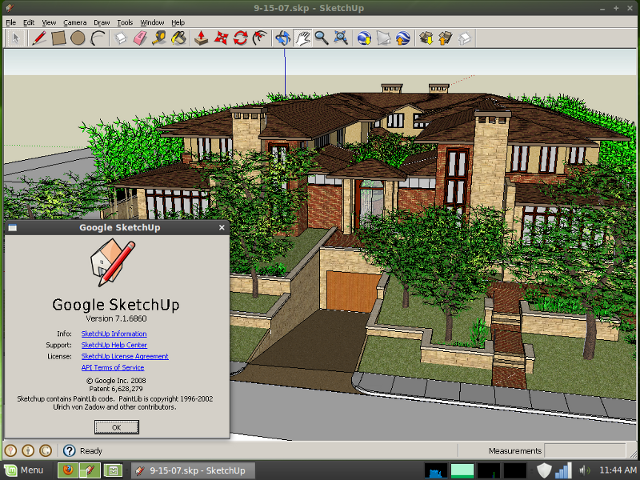 Wine is a free MS-Windows API implementation. This is still a work in progress and many applications may still not work.

This package provides essential wrappers and convenience tools for the standard Wine components. It also employs the Debian alternatives system to provide the usual command names, e.g. "wine" instead of "wine-stable".

for people who cant get it to run you have to go to the terminal and type "wine cmd.exe" to run cmd for example or "wine /home/username/desktop/app,exe"

simply doesn't run in Mint 20.2, used Play on Linux instead, it works. This shows a real flaw in the mint rating system when a program currently at 4.6 stars wont run in the current version.

Current wine version as of writing this is 6.0.1 stable or 6.16 staging. Please go to https://wiki.winehq.org/Ubuntu to get instructions on how to install winehq-stable or winehq-staging.

Does not launch; does not run. I'm running Mint 20, and have read that people had to back down to Mint 19 to make Wine work. Don't know if that's true, but it doesn't run on my Mint 20 machine.

After install, no menu icons but was able to get it going using the win.exe command in terminal ...it processed some rebuilding but was still incomplete... For fun I ran notepad.exe from the terminal and gathered all the exe files from system32 dir .. tried a bunch with varying success ...finally ran from terminal wine install.exe from my office2k folder and bingo .. office installed, icons installed in menu, all good .. LM 20 XFCE .. rockin :)

Mint 20 Cinnamon => Software manager => Install seems to go ok (a lot of disk rattling). But software-manager-launch will not do anything (not sure if it should though). No "wine" to be found in the Main-menu. Typed "wine" in console, and its shows it there. So just told wine to start some win.exe ... and it kinda finalized the install, before running that win.exe without problems. (its only because I needed wine to solve some problem I persisted, or else I would have probably also concluded the install had failed, and given up on it)

Doesn't open, simple as that, useless removed. Doesn't even deserve 1 star, as it does not work

I am using Linux Mint 20.1 with Wine 5.0-3ubuntu1 and it works great with DirManger, D-Fend Reloaded, DOSBox 0.74-3 (I also have the Linux version installed.) Easybin, Sim68k and Easy68k Editor.

It does not install on Linux Mint 20.1(Cinnamon) either from the Software Manager of from WINHQ's website using command line install.

Excellent Program, was not certain whether my programs could be installed by wine. This is a must have program for Linux mint sylvia 18.3 for windows users. Thank you for developing such programs.

Works fine on Mint Cinnamon 20, after some help from these reviews and itsfoss.com "how to use wine to run windows". Needed it for 7-zip and it works perfect!!

works well enough, if you have play on linux or crossover using it becomes very easy