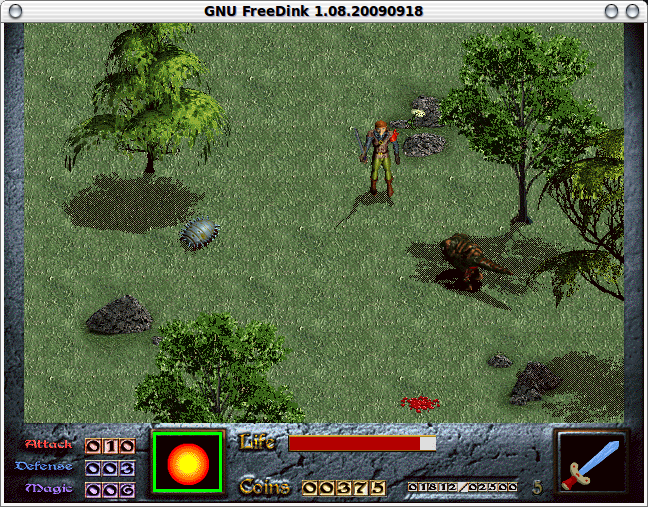 Dink Smallwood is an adventure/role-playing game, similar to classic Zelda, made by RTsoft. Besides twisted humor, it includes the actual game editor, allowing players to create hundreds of new adventures called Dink Modules or D-Mods for short.

GNU FreeDink is a new and portable version of the game engine, which runs the original game as well as its D-Mods, with close compatibility, under multiple platforms.

This package is a metapackage to install the game, its data and a front-end to manage game options and D-Mods.

Love it. If you don't have a sense of humor don't play. The best thing about Dink is the humor, not the game play - which isn't bad either. The ability to mod it is just icing on the cake.

A poor attempt at a dark comedy RPG from the 90's, I wouldn't recommend it.

cloned all my displays what a bummer!

Nice and fun though money raising can be tedious. Good plot but a few issues are left unanswered such as "Charlie" the house owner. Too many slots for magic that Dink never uses wich sugests the original plot was more elaborate. Looks like an ancestor to Diablo II. Try it if you like the type!

funny! but gets veeery tedious walking here walking there hitting something. getting money.....

Fun, and funny game. ( not suitable for children, due to some risque' Innuendo and twisted humor )

not for kids, but good