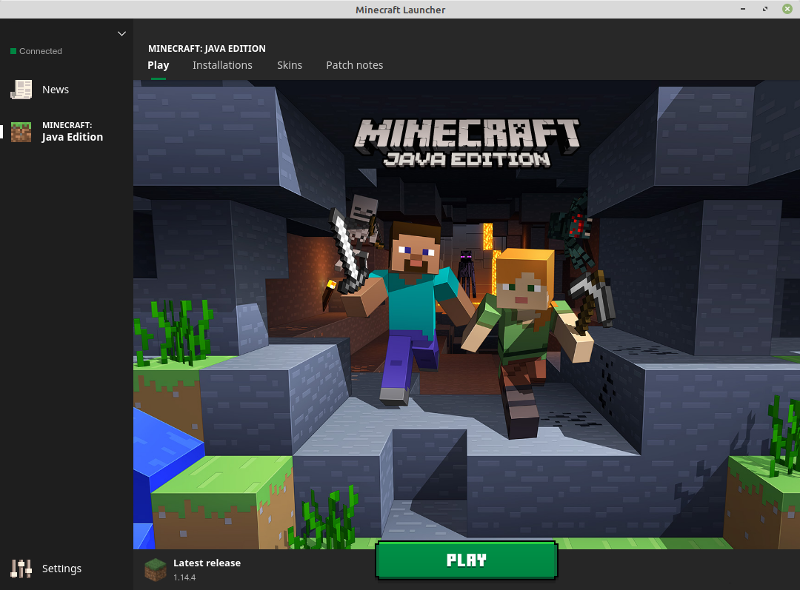 It's up to date and performant

This is simply the launcher for the Java edition (as well as Minecraft Dungeons) except this version is often a bit out of date and thus doesn't launch the game until the apt-team approved of the new version. Which I think is not worth it, personally. You can download Mojang's own Linux launcher from launcher.mojang.com/download/Minecraft.tar.gz as of writing.

Works well. It's the same as installing through their website. No problems

Love it. Easy to install. Now it also auto-updates so this is the official package. When I switched from windows to Linux Mint i copied the .minecraft folder and it worked very good. No lag for me.

Works as fine as the .deb package from the official minecraft.net website.

on windows runs fine but on MINT! it runs very laggy and is at 20 FPS (windows 320 FPS)

Mint 20 Cinnamon: Nothing happens after install. Tried both the Software Manager version and the one from Minecraft.net. It appears in the system menu but clicking it has no effect. I got MC working eventually by installing it with Snap. "sudo snap install mc-installer"

Better go to minecraft.net and take the official java edition with 26$

It's the official launcher, but it's not up to date with the website. You are better of downloading it from the minecraft website.