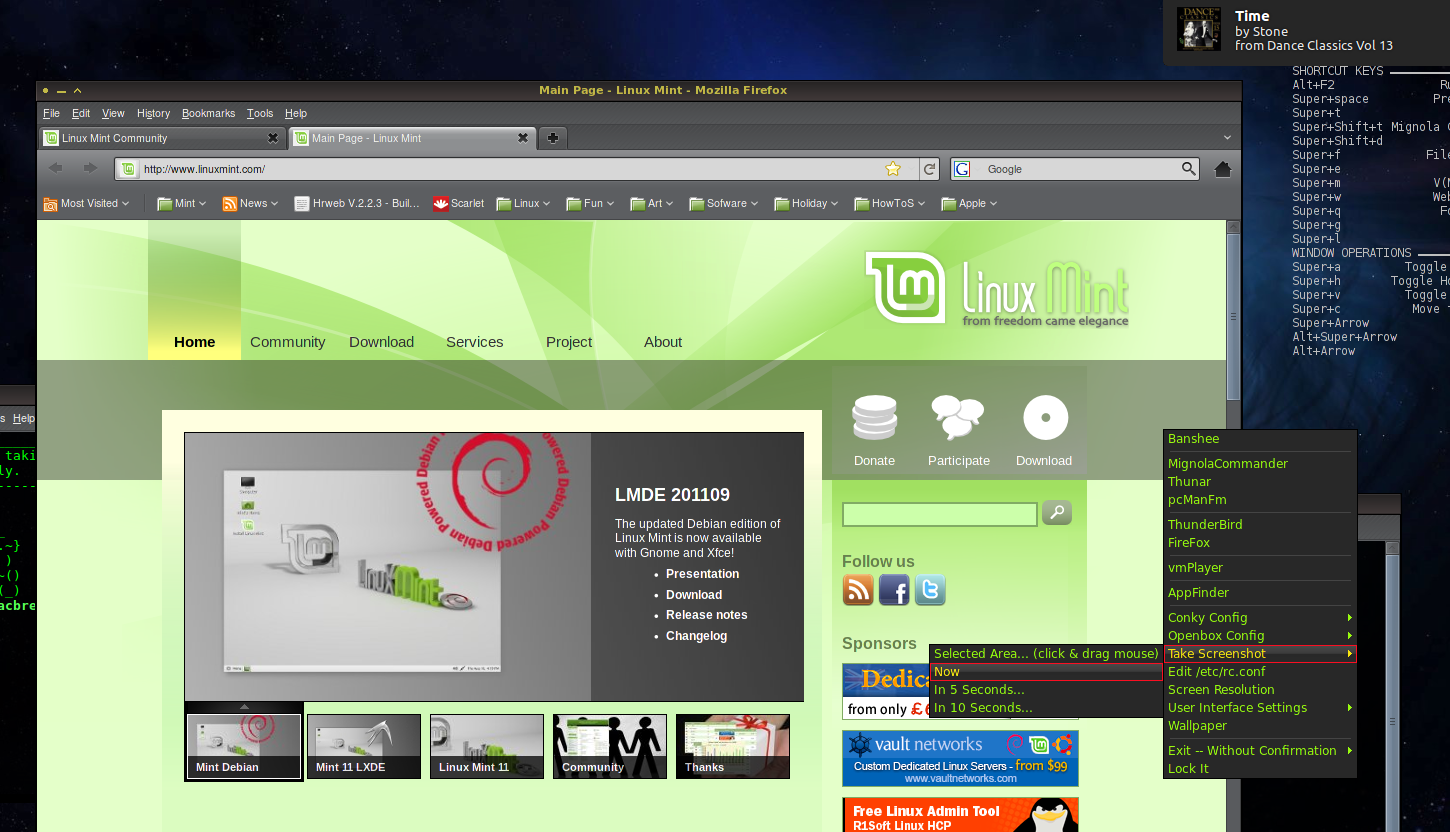 Openbox works with your applications, and makes your desktop easier to manage. This is because the approach to its development was the opposite of what seems to be the general case for window managers. Openbox was written first to comply with standards and to work properly. Only when that was in place did the team turn to the visual interface.

Openbox is fully functional as a stand-alone working environment, or can be used as a drop-in replacement for the default window manager in the GNOME or KDE desktop environments.

Openbox 3 is a completely new breed of window manager. It is not based upon any existing code base, although the visual appearance has been based upon that of Blackbox. Openbox 2 was based on the Blackbox 0.65.0 codebase.

Some of the things to look for in Openbox are:

I really like performance of openbox. It's so lightweight and extremely configurable. You can spend couple of days to configure as you wish and you will be rewarded with great performance. Also games with Openbox work much faster.

too plain for a modern computer user

Openbox is the desktop for getting the best framerate from your games! Simple, unbloated with services/processes and makes your games run even faster!

After some days with xfce changed to Openbox.. with perlpanel and conky absolute what I need.

Highly configurable, light and fast, i love it, i like the possibility to open the menu anywhere with a click and the minimalism

Very fast, very lightweight, very customizable... you can made to look unique.

Very fast and light and good. The official window manager of LXDE targeted for hardware with low resources

Extremely fast, lightweight and responsive. You can configure in numerous ways: from using it as a standalone environment up to a fully loaded desktop with the components of your choice.

Its fantastic. It looks so great and minimalistic. Its fast and really lightweight.