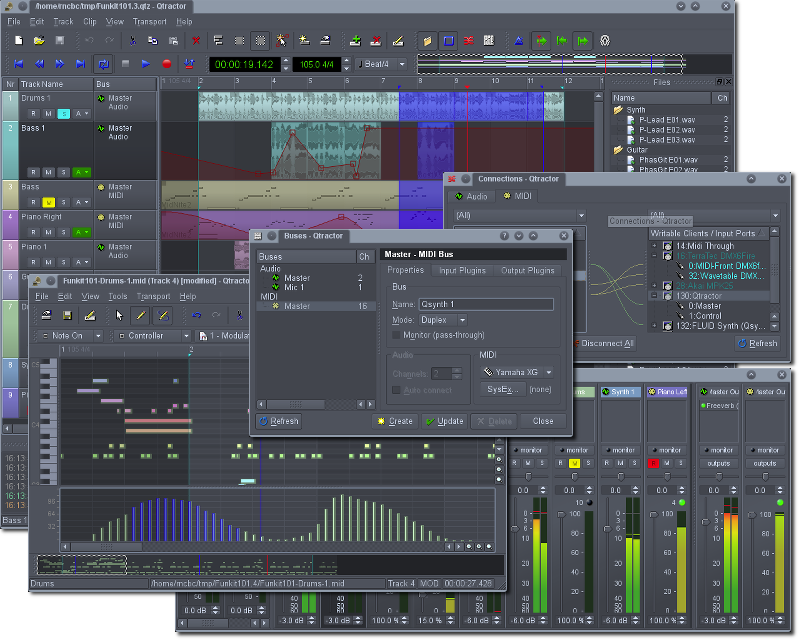 This is a MIDI/Audio multi-track sequencer application written in C++.

The Jack Audio Connection Kit (JACK) for audio, and the Advanced Linux Sound Architecture (ALSA) for MIDI, are the main infrastructures to evolve as a fairly-featured Linux Desktop Audio Workstation GUI, especially dedicated to the personal home-studio.

It's the second time I installed it and try to make it output something...While everything else is working very good, keyboard, lmms, vlc playback, etc. This program never ever start without giving error messages. I installed Jackd, qjackctrl, no error message from both...give up.

wow, have to kill processes to get system audio back, not good

Every thing is awsome!

Great Sequencer! Already very useable, and even more promising for the future.